Blog
You are here: Home / Blog / Words / The bizarre lack of legal protection for cohabiting couples 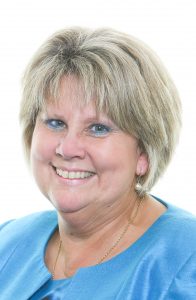 Government figures show that cohabiting couples are now the second most common type of family, but as closely as these relationships might resemble a marriage, in legal terms they are far from it – and that’s something that has to change.

It used to be that two people would meet, fall in love and within months of meeting, they’d decide to get married.

For many, those days are long behind us as more and more couples have decided to live together, sometimes with no intention of ever getting married, but they wouldn’t dream of going separate ways.

To any outside observer, you might think that a cohabiting couple are married; they might own a home, have children, and they could even wear rings on their fingers, but in the eyes of the law they might as well be strangers.

Next week is Cohabitation Awareness Week, and as part of that, I’m joining 6,500 other family lawyers to call on the government to grant these couples the legal rights they sorely need.

With the crisis in housing and the rising cost of living, couples are more likely to opt for living together without getting married, assuming they would have the same rights as a married couple should they split up, and sadly that isn’t the case.

Under current cohabitation law it’s possible to live with someone for decades and even to have children together only to then simply walk away without taking any responsibility for a former partner if the relationship breaks down.

This could leave the partner emotionally devastated, separated from their children, their savings and their home.

To make matters worse, some of my clients who have split up from a partner have wrongly thought that they have these rights already: They wrongly believed in the existence of a “common law wife” legal status, which they thought gave them protection similar to that of a traditional marriage, and they are shocked to find that simply isn’t the case.

This leaves them vulnerable to complex and lengthy disputes over property, children and savings – with women particularly at risk if they’ve given up work or reduced their workloads to raise children.

Same sex couples are also vulnerable because they are more likely than others to be in cohabiting relationships, partly because of how relatively new civil partnerships and same sex marriages are in the UK.

There are some ways in which cohabiting couples can protect their rights and at Gouldingays Family Law & Mediation we are able to help with that, but unless cohabiting couples know how vulnerable they are, they’re unlikely to seek out this kind of legal protection.

It’s time for the law to catch up with 21st century family-life.

I would like to see the legal rights of cohabiting couples made stronger and more clear, to avoid leaving people bereft, confused, out of pocket, and caught in lengthy legal disputes if they split up.

If you are considering cohabitation and need legal advice and support in relation to these issues, please contact us and we’ll be happy to help.

We can also offer mediation from an Accredited member of the Family Mediation Council to assist you in resolving a dispute.

Family Mediation Week: The many benefits of avoiding a court battle 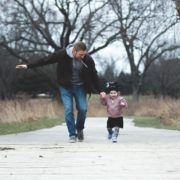 How to have a happy Father’s Day after a divorce 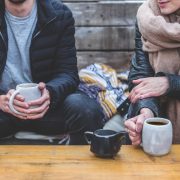 World Friendship Day: How to help a friend going through divorce

Why the law couldn't allow Tini Owens to divorce her husband

Divorce law reform in England: It's time to end the blame game 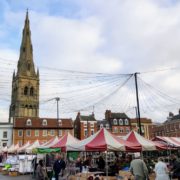